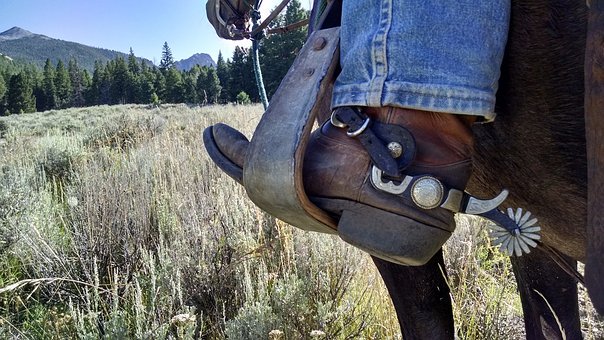 Westerns? Years ago, in the library, that meant a trip to “L” in the Adult Fiction section for Louis L’Amour.  Once engaged, the patrons read and reread the stories of taming the Wild West.  Not anymore.  Westerns like all good fiction has broadened its scope. “There’s a new Sheriff in Town” has taken on a whole new meaning, when the Sheriff might be gay, or even a ghost.  So, ride along with me, as we explore some of the authors writing both traditional and not-so-traditional adventures.

If you prefer traditional Westerns, there are some timeless classics such as Hondo and the Sackett’s by Louis L’Amour that will forever grace the shelves of libraries. Shane by Jack Schaefer was made into a movie with a teary ending.  Larry McMurtry’s Lonesome Dove and Charles Portis’s True Grit have also played on the big screen.  Craig Johnson writes the Longmire Mystery Series now seen on TV. Elmore Leonard and Zane Grey wrote a couple mini-series and had numerous stand-alone, and short stories to choose from.  Robert B. Parker resurrected the characters of Virgil Cole and Everett Hitch in his humorous western series.

For those that like a little cowboy romance in a rustic setting, Andrew Grey’s Shared Range series shares the attraction of two ranch hands.  S.J.D. Peterson’s also writes a series called Whispering Pines Ranch and L.C. Chase writes about a love in the rodeo circuit.  For the traditional cowboy crush, you may prefer authors like Dianna Palmer, Maisey Yates, Linda Howard, Lyndsay McKenna, Kat Martin and Linda Lael Miller.

Heather Graham takes things to the next level with a paranormal western style of writing. Sarah McCarty writes a series about three mysterious, sexy ranchers, who also happen to be vampires.  Linda Lael Miller’s Arizona-based series includes a ghost and a P.I. named Mojo Sheepshank.  Through the Dark Tower series, Stephen King created a desolate world that mirrors our own and the main character is Roland of Gilead, the Last Gunslinger.

The Collected Work of Max Brand includes 28 western novels and short stories by Max Brand. Terry C. Johnston wrote the following fours series: Titus Bass, The Plainsman, Son of the Plains and Jonas Hooks. William W. Johnstone wrote both series and standalone stories, while Jeff Guinn dabbled in westerns and many other genres.

This has been an interesting list to compile and it made me realize that if you type in the search bar for “westerns”, be sure to read the synopsis on each book that you think might interest you. As they say, ‘Don’t judge the book by the cover.’…happy trails!